Reklama
Reklama
Reklama
Reklama
Udostępnij na Facebooku
Udostępnij na Twitterze
The entire world is lined up for the hydrogen race. Countries are adopting long-term strategies with huge budgets, scientists are developing new ideas and the business world is investing more and more boldly. Hydrogen is the fuel of the future and, in addition to changing the face of the energy industry, it will also have a strong impact on other economic sectors – particularly transportation, industry and innovation.
Beata Daszyńska-Muzyczka, President of the Management Board of BGK
Reklama

THERE IS NO FUTURE WITHOUT ENTERPRISE - Dziennik Gazeta Prawna Special Edition

Today, we know that the world cannot progress at the expense of future generations. That’s why our goal is to transform the economy towards zero-carbon, and hydrogen can make this very easy for us. However, we still have a long way to go: currently, as much as 95% of the world’s supply of this raw material comes from fossil fuel processing, mainly coal and gas. In this case, the by-product of hydrogen formation is carbon dioxide, which is why such hydrogen is called black or grey. And that’s not the point, after all. We need technologies that will make green hydrogen – created from renewable energy sources – dominant. The production of green hydrogen is not yet economically viable, although fortunately the costs of producing it by electrolysis have already fallen significantly in recent years.
Reklama
Poland has also entered the race for green hydrogen. And it has quite a good chance to become one of the leaders. Our scientists have huge potential, and the biggest Polish companies are willing and able to invest in hydrogen. The state administration will also support us. In early November, the Polish government adopted a hydrogen strategy until 2030 with an outlook until 2040. According to this plan, hydrogen technologies will be comprehensively implemented in the Polish economy, and specific solutions will go to the Polish energy, transport and industry sectors. More importantly, Poland will focus not only on hydrogen production, but will also invest in technologies for its transmission and storage. Ultimately, five hydrogen valleys will be created. These will be both centres of excellence and development incubators for hydrogen technologies that will integrate companies from different sectors. The Polish hydrogen market will also benefit greatly from the fact that a network of renewable energy sources is being developed on the Vistula River, and construction of small- and large-scale nuclear power plants is planned. The energy surplus here can be used to produce pure hydrogen.
Reklama
Bank Gospodarstwa Krajowego, Poland’s development bank, also wants to help to transition the Polish economy towards hydrogen technology. That’s why we launched the “3W Initiative”, which focuses on three resources: water, hydrogen and state-of-the-art carbon technology.
Why are we focused not only on hydrogen, but also water and carbon? Water is the source of life and as such is irreplaceable. Although it covers most of the Earth’s surface, only one per cent of it is potable. For many countries, this is a serious problem. In Poland, the amount of potable water is three times less per capita than the European average. But excess water, which we receive in the form of flash floods, can also be a problem. On top of that, there are problems with water purity. Especially now, in this era of rapid climate change, we need to manage water wisely. We need to build reservoirs, pursue proper drainage strategies, keep it clean, save it. Paradoxically, this has a huge impact on the economy, as water shortages and excesses affect agriculture, small businesses, and large enterprises. And we must not forget that in the process of electrolysis it is water that we need in order to produce hydrogen. So the circle closes.
And coal? The Polish language does not distinguish between “carbon” and “coal”. For years, the Polish economy was based on coal, and the power industry was also primarily tied to coal. That is why Poles associate the word “coal” mainly with the black rock. This concept of coal is what we want to eliminate. Carbon fibres, activated amorphous carbon, carbon nanostructures, graphene, fullerenes, carbon nanotubes – that’s what we’re focusing on in the 3W initiative. Polish scientists are creating innovative solutions, and their ideas based on coal can be used in construction, aviation, automotive, pharmacy, medicine and cosmetology. Activated carbon, for example, can be used to purify water to make it potable. And again, the water-hydrogen-carbon circle closes.
The “3W Initiative”, an original programme set up by BGK, aims, on one hand, to make the Polish economy more innovative and competitive, and, on the other, to make the environment in which we live cleaner, healthier and more liveable. We want to shape consumer attitudes to create demand for products and services produced in accordance with the principles of sustainable development. We will also create tools to facilitate collaboration between inventors and entrepreneurs to commercialise innovative solutions, and create an ecosystem of institutions to help find funding for bold 3W development projects.
While we are well aware that hydrogen is the future of energy, let us not forget the other two resources that are so important: water and coal. We believe that although the “3W Initiative” is just gaining momentum today, it will be a viable and rapidly growing sector of the economy within the next few years. We want to be a pioneer in thinking about these three resources together, and we hope to inspire other countries to do the same. 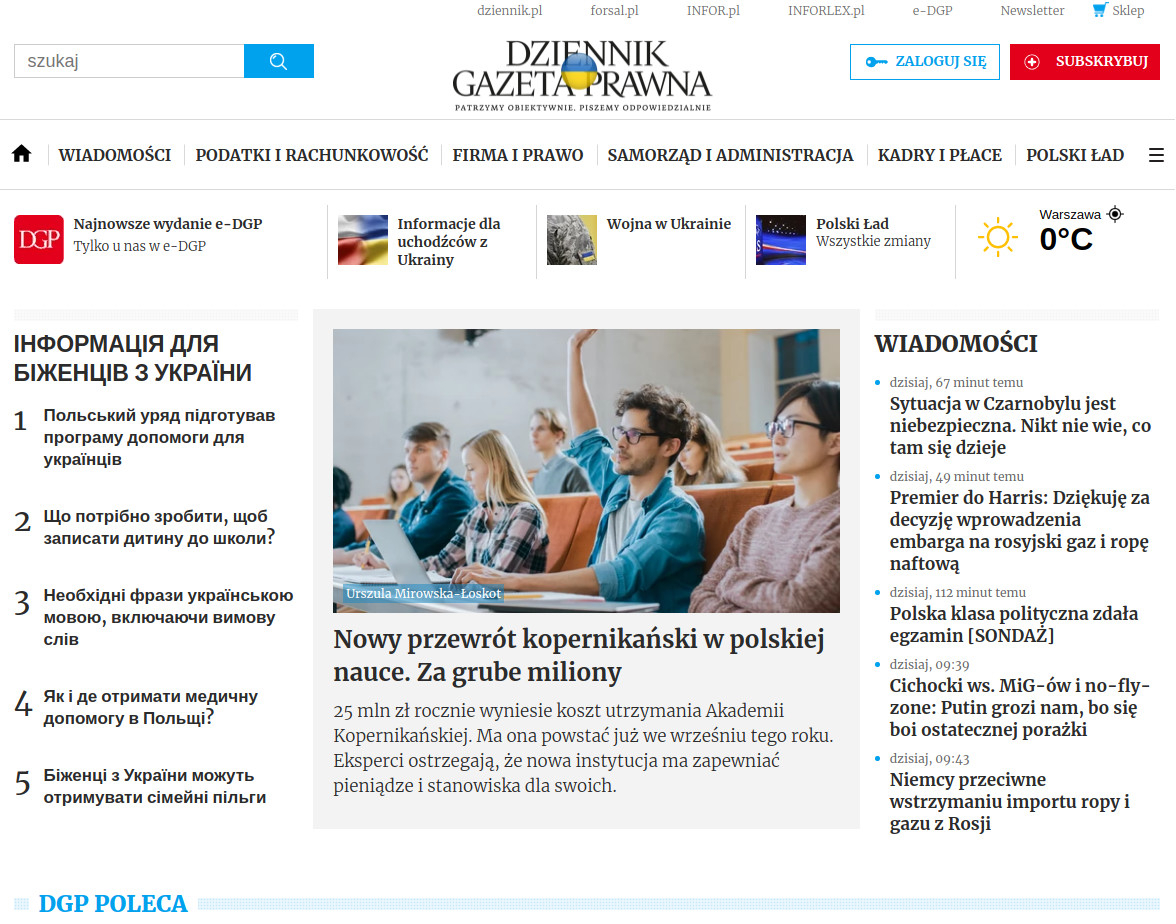